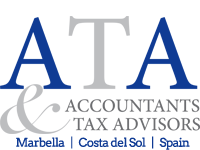 In recent years, Spain’s Ministry of Finance and the tax agency (AEAT) have tightened their controls and launched new actions to catch people living most of the year in Spain but who claim to be non-resident for tax purposes.

The false tax non-residents actually live in Spain for more than the 183 days per year that the law sets as a limit to avoid having to pay taxes in the country.

And no effort is being spared in order to catch them. The methods range from trawling through ‘big data’ sources to border surveillance and even monitoring mobile phone network repeaters.

Since it would be illegal to geolocate the mobile device of an alleged false tax non-resident, what the Treasury does is look for traces and movements of the phones of possible offenders in the mobile network repeaters on the borders.

This practice is legally endorsed, say the AEAT itself, as it is not a matter of indiscriminately accessing and using the data, but only checking whether the mobile phone of the person under investigation has been connected to it.” They are specific solutions for specific cases”, says the tax agency.

What is clear is that the authorities have decided to get tough with the false tax non-residents. In fact, the guidelines of the 2021 Tax Control Plan of the Agency include “the establishment of a census of potential residents from tax information of all kinds (provided by those affected themselves or by third parties) and information obtained by the Tax Agency of other States or other public institutions”.

Specifically, it is a “broad group of non-filing personal income taxpayers in which personal or patrimonial ties with Spain are appreciated”, in order to carry out a “special follow-up” on them.

For this, it is making use of “open sources and, especially, the development of a series of ‘ big data’ information analysis systems that allows reconstructing the history of the investigated person staying in Spanish territory”, says the AEAT.

As sources of information, the agency resorts to the energy consumption of properties used, ATM cash movements, internet purchases and deliveries, traffic fines and attendance for medical appointments. Payments with foreign credit or debit cards in shops in Spain are also recorded.

The tax agency will also collate the information that may have appeared in the press or on social media networks about the monitored taxpayer that can prove their presence in the country.

These investigations to verify that tax non-residents meet the condition of not staying within Spanish borders for more than 183 days (six months) have increased in recent years.

“The control of tax offshoots is becoming increasingly fashionable, ” says Stella Raventós, president of the Spanish Association of Tax Advisors (Aedaf). “It has always been a goal, but now it is a reality in the Tax Control Plan.”

This type of fiscal ‘leakage’ “is not admissible in any case when it comes to fictitious and fraudulent relocations,” says Raventós.

Do you have to complete the Spanish tax declaration this year?